I would want to bring my imagination because in unexplored land the pervertable options would be limited only by the mind.

A real doll. Lol. I would get lonely. I’m sure the battery on my vibe would die in the first day or 2, and I’m not the professor from Gilligan’s island so it would be useless

My cock ring, maybe there are other items of clothing, I could fashion a cute thong out of banana leaves perhaps, but to proudly display the symbol of my chastity, discipline, and ownership means I am not fully alone in this deserted place. I still belong the Her.

A hat. A floppy hat. Everything else would be possible to make from the materials on the island. A leafy thong. Maybe a shirt made out of leaves. Hula skirt made out of he . The floppy hat though would be tough to make and need to protect the head from U rays.

I don’t know that there is anyone in my life other than my mother that doesn’t know. When I have told people it has been because it was relevant to the situation/conversation. Most recently I told my father and it was because he asked how I met my partner. I chose not to tell my mother only because she is a bit of a control freak and would likely only not be okay with the lifestyle.

Who Would Like to Tell. I don’t feel like anyone else really needs to know who doesn’t already about my lifestyle choices. There are many things that describe me as a person, don’t feel by telling others what they are that gain anything in the process, but also don’t feel the need to hide it either. What think would help is sharing with others who think would benefit from knowing because they might be afraid to explore it themselves or because it might help explain my current or past behavior. I did some pretty wild things to my house in my youth, not so good about hiding it, telling my parents might be good but think they knew before did on the things was doing. Telling past partners would be great, and also a friend who think has an interest in BDSM but has never fully expressed it.

How I discover new fetishes. I get attached to different mediums all the time, so have learned from many sources. First one was erotica – reading stories about experiences or fantasies. I learned from asking questions to more experienced kinksters who enlightened me, either through assigned tasks or simply sharing interests. Currently, am learning from Tumblr, opening my mind to about different fetishes I see that either appeal or don’t appeal to my senses.

FetLife is a great resource for discovering fetishes. I’ve discovered so many there checking out people’s profiles, the popularity of them, and then there are groups that discuss the details. It’s fun to read about people’s opinions throughout the community. Although I’m aware of many kinks and fetishes I’m sure there are quite a few more and I look forward to learning more about the I know about and about the that are still unknown. 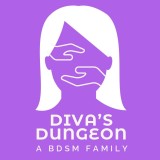 Webmaster and Domme for Diva's Dungeon

This site uses Akismet to reduce spam. Learn how your comment data is processed.